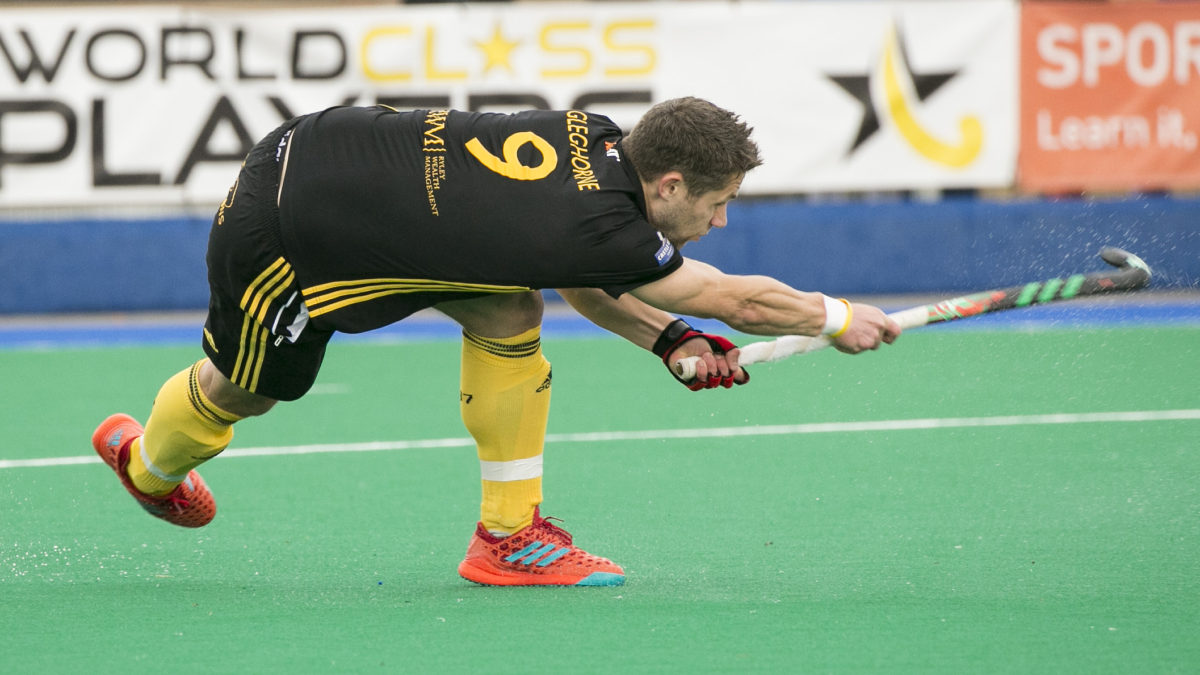 Congratulations to our sponsored player, Mark Gleghorne, on his hat-trick at the weekend for Beeston Hockey Club.

GB and England’s Mark Gleghorne guided Beeston to a 3-1 win as the Nottinghamshire side continued their unbeaten start to the season.

Gleghorne netted twice in the first half before completing his hat-trick from a late penalty corner. 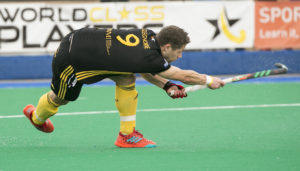 Mark Gleghorne slots home his and Beeston’s
third goal in the game between Beeston and
Reading in the England Hockey Premier League
on 8th October 2017.