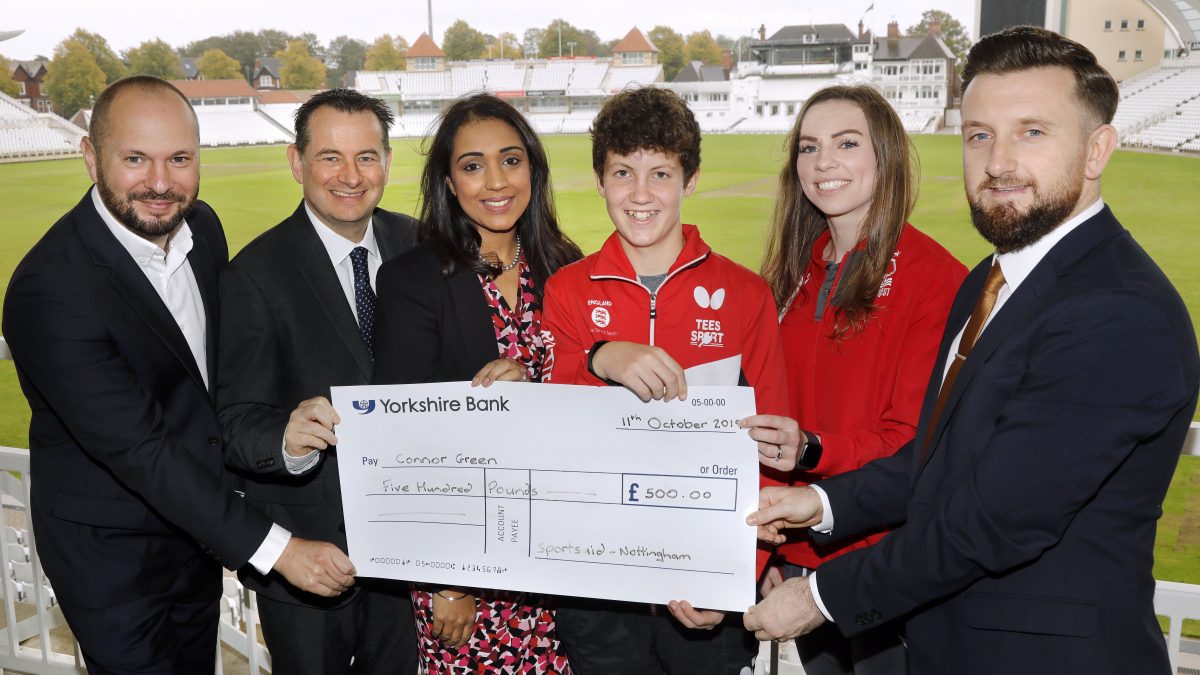 TEENAGE table tennis player Connor Green was awarded a £500 cheque at a charity lunch Friday 11th October – which was held in aid of SportsAid to help raise money to support the next generation of British sports stars.

The 13-year-old, of Toton, in Nottinghamshire, started playing table tennis at the age of six and currently attends a school in Grantham where he is enrolled on an Elite Table Tennis College program. Not long after starting the sport, Connor became the youngest person ever to win a local table tennis tournament. This led to him appearing on BBC Breakfast, where he played against Naga Munchetty and Bill Turnbull and discussed his achievement.

Throughout the past four years, Connor has been Table Tennis England’s National Champion in age groups U10, U11, U12 and U13. The teenager is also undefeated by anyone in his age bracket. Over the past year, Connor has competed across Europe and plans to build on his experience by competing in more ITTF European competitions.
Connor was presented with the cheque by Lyndsey Harkin, captain of Nottingham Forest Ladies Football Club, who was the guest speaker at the SportsAid lunch, which was held at Trent Bridge Cricket Ground.

Nottinghamshire business professionals also raised £611.50 for the national charity at the event, which was sponsored by law firm Nelsons, Yorkshire Bank, Musson Liggins and Trent Bridge Cricket Ground. The money will go towards providing financial support to local, talented, young people who have no other access to vital funding to assist them with training and ultimately enable them to reach their sporting potential.

Tim Lawler, chief executive of SportsAid, said: “SportsAid provides the country’s brightest young sporting prospects with financial support, recognition and personal development opportunities at a crucial time in their careers. We are very grateful to everyone who attended the SportsAid lunch – their fundraising efforts are so important in enabling the charity to make a major difference to athletes just like Connor in pursuing their ambitions.”

Stewart Vandermark, chief executive at Nelsons, who chaired the lunch, added: “SportsAid is a fantastic charity that helps athletes progress in their chosen sport and we are delighted to once again be involved in supporting young athletes. It was great to hear everything that Connor has achieved at such a young age – we wish him the best of luck in his future.”

The fundraising events are held three times annually and during each event, an athlete is presented with a £500 donation. Since 1976, SportsAid has supported tens of thousands of athletes by distributing more than £50million in awards. Previous recipients of SportsAid support have included Sir Steve Redgrave and Dame Jessica Ennis-Hill.