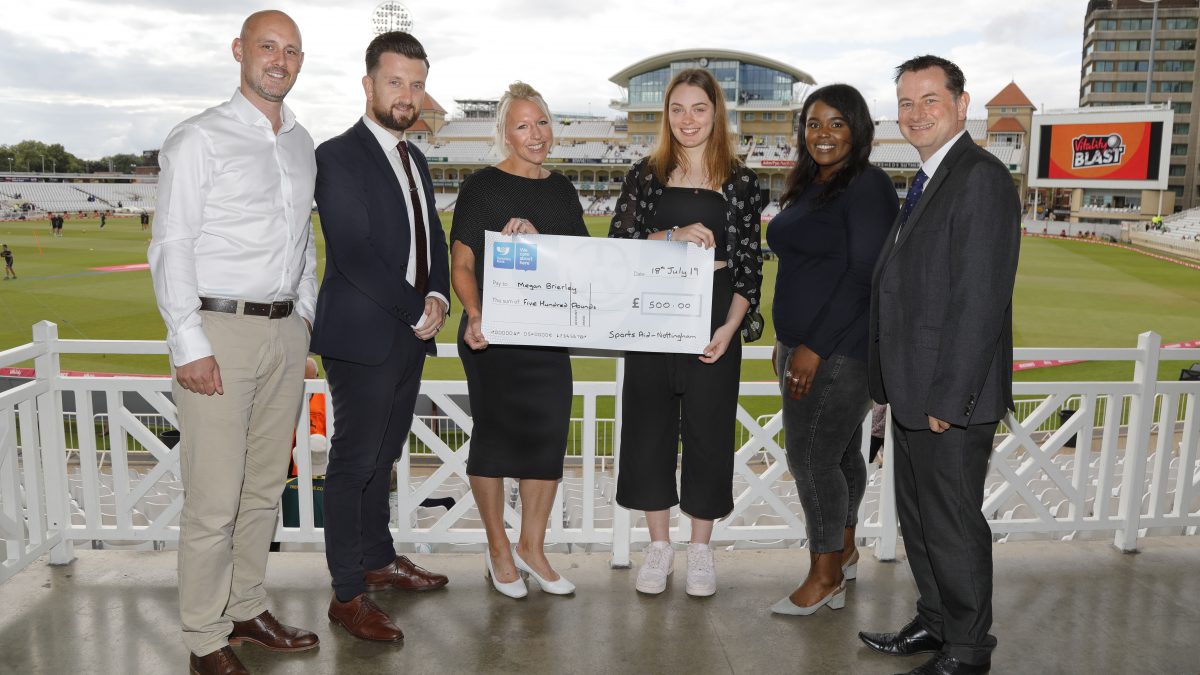 RISING teenage badminton player Megan Brierley was awarded a £500 cheque at a charity dinner hosted by Musson Liggins last month – which was held in aid of SportsAid to help raise money to support the next generation of British sports stars.

The 15-year-old, of Wollaton, in Nottingham, started playing badminton at the age of 10 and – despite coming to the sport later than her peers – Megan found she excelled and has not looked back since. Megan has played in Badminton England tournaments nationwide, taking home gold, silver and bronze medals. She is now on the Badminton England performance pathway and is competing with players across Europe and beyond.

Megan was presented with the cheque by badminton star and Olympian, Gail Emms MBE, who was the guest speaker at the SportsAid dinner, which was held at Trent Bridge Cricket Ground.

David Bladen, Director of Musson Liggins who chaired the dinner, added: “We are very proud to be able to support these young people and help make their dreams become a reality. SportsAid is a fantastic charity, which helps athletes progress in their chosen sport and we are delighted to once again be involved in supporting young athletes, just like Megan.”