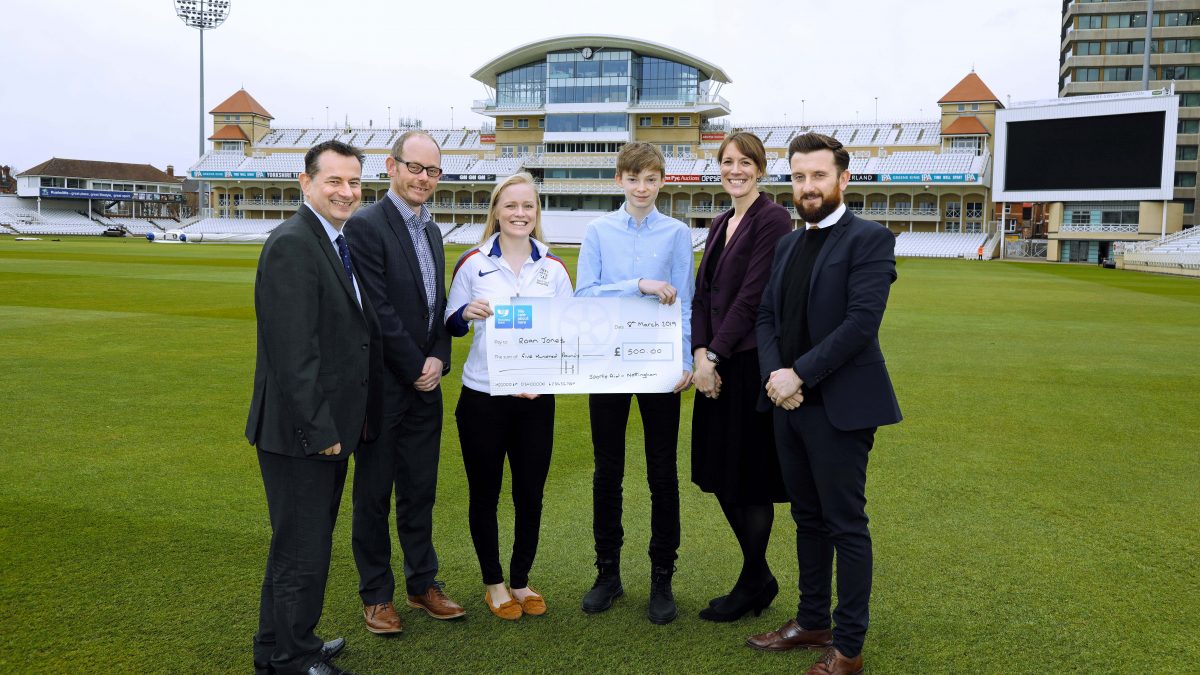 Rising teenage tennis player Roan Jones was awarded a £500 cheque at a charity lunch last week – which was held in aid of SportsAid to help raise money to support the next generation of British sports stars.

The 15-year-old, of West Bridgford, Nottinghamshire, began playing tennis at the age of four and finished second in the national finals for U16s last year. In 2018, Roan also competed in the “Road to Wimbledon” international tournament beating India’s number one ranked player to finish in second place. The up-and-coming player is now competing in British Tour events against adult players who are on the cusp of turning professional.

Roan was presented with the cheque by hockey star and Paralympian Laura Sugar, who was the guest speaker at the SportsAid Lunch, held at Trent Bridge Cricket Ground on Friday, 8 March.

The money will go towards providing financial support to local, talented, young people who have no other access to vital funding to assist them with training and ultimately enable them to reach their sporting potential.

Graham Parkinson, Director of Musson Liggins said “We are proud to be one of the main sponsors for these events which help young sportspeople like Roan on their journey which can often be extremely expensive. We wish Roan all the best with his future career.”

The lunches are held three times annually and during each lunch an athlete is presented with a £500 donation. Since 1976, SportsAid has supported tens of thousands of athletes by distributing more than £50million in awards. Previous recipients of SportsAid support have included Sir Steve Redgrave and Dame Jessica Ennis-Hill.